At home hormone tests may offer clues about diminished ovarian reserve, but not the final word 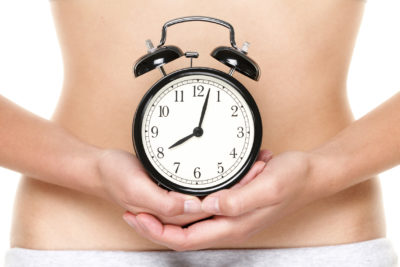 Ovarian reserve is basically another phrase for a woman’s biologic clock. What’s ticking down, though, isn’t really time. It’s the fact that the number (reserve) and quality of eggs housed in a woman’s ovaries decreases as she ages. This can lead to the condition called diminished ovarian reserve (DOR), meaning the decreases are greater than normal for the woman’s age and often result in infertility.

We’ve found that as more women delay having children until an older age, more of them are turning to at home hormone tests that assess their ovarian reserve in an effort to predict their future fertility. Sales of these tests have grown steadily, being marketed directly to consumers by some companies.

How your biologic clock gets started then runs down

Compared with older women, younger women generally have more eggs and more of those will generate a genetically normal embryo. Female babies are born with 1 to 2 million eggs, and every day of a woman’s life she loses eggs naturally. By the time she reaches her mid-30s, the quantity of eggs in her ovaries starts decreasing exponentially and their quality diminishes.

When a woman reaches 40 years old, a mere percentage of viable eggs remains as her body shifts toward perimenopause. Women who have gone through menopause generally have no normal eggs remaining and they cease to ovulate.

Between normal ovarian function and menopause is the state of DOR. But some women are born with fewer eggs, some women lose them more quickly, and some women accumulate damage in their eggs more rapidly – all of which can contribute to DOR at any time throughout a woman’s life.

Genetic predisposition is another cause of DOR, so if a relative experienced premature menopause, it can alert the woman to her increased chances. Other causes include smoking and ovarian surgery (such as the removal of a cyst).

If a woman under the age of 35 has been trying to get pregnant naturally for more than 12 months or is 35 or older and hasn’t had success in six months, this is the definition of infertility, which may be caused by low or diminished ovarian reserve. Ten percent of infertile women have DOR, according to the National Institutes of Health.

Women with diminished ovarian reserve frequently have a more difficult time getting pregnant.
Make an Appointment

Women who want to get pregnant or preserve their fertility can help themselves by getting a baseline understanding of their ovarian reserve. The most accurate way to do this is through fertility testing in a clinic.

Fertility testing for women includes a physical exam and a thorough medical history performed by a fertility specialist along with a pelvic exam, an ultrasound of the ovaries, and blood tests to measure levels of reproductive hormones, including anti-Müllerian hormone (AMH), follicle stimulating hormone (FSH) and estradiol (an estrogen hormone).

Hormones are chemical messengers that travel through the bloodstream to trigger or help process certain bodily functions. Five of the hormones that regulate menstruation and conception in an adult female are described below.

Using an at-home hormone test – and knowing its limitations

We know women are going to continue using home hormone tests to see if they might have diminished ovarian reserve. We just want them to know it will only give them a partial picture – and possibly misleading information that can result in a bad decision.

For example, there are situations where a woman has a reassuring AMH level but her antral follicle count (the number of eggs coming out of storage this month) is low. Despite having a reassuring level, she may go through menopause sooner. Another example is if a woman has an AMH significantly lower than her antral follicle count would suggest, she has a higher chance of having poor quality eggs.

Fertility testing at home is performed using urine or blood samples scheduled at the right time. A hormone test should be performed when hormones peak during specific days in a menstrual cycle. Be sure to read and follow the instructions that come with any test.

FSH tests are available online and in some drugstores. Manufacturers typically recommend that home FSH tests be performed on the second and third days after the end of menstruation. The tests are as easy as inserting a chemically treated paper strip into a cup or stream of urine. Results show up quickly.

A low FSH score signals a good supply of eggs in the ovaries. If the FSH level is high, it means a woman has a significantly depleted number of eggs and may be in perimenopause.

If a woman gets FSH scores in the lower range, she may want to move on to an ovulation predictor kit to try to time intercourse during the optimal ovulation window. If an at home test results score close to or in the high range, no matter what a woman’s age, she should call a fertility specialist for a consultation.

In addition to at home FSH tests, there has been an explosion of more comprehensive do-it-yourself hormone tests that may offer a little more insight. Some examples include:

While these at home fertility tests sound high-tech and super reliable, there are several reasons why they can’t give an accurate picture of fertility. Another issue is that some FSH test manufacturers claim a normal test result is a score below 25 mIU/ml. We have found that women are generally infertile when FSH exceeds 17 mIU/ml. It’s hard for anyone who’s not a specialist to interpret at-home fertility test results in a bubble.

That’s another reason not to trust them. During the mid-cycle, many women will bleed due to a temporary drop in estrogen associated with ovulation. If a woman thinks this is her period, she might measure FSH at an inappropriate time. If a woman measures her FSH during the mid-cycle, the FSH is normally high and might trigger a false positive test.

Start hormone tests at home, but finish your fertility evaluation with us

Also significant, FSH levels alone do not tell a complete story. Ideally, FSH levels need to be compared with estradiol levels to have any effective meaning. In a clinic, fertility specialists use blood tests to examine FSH in conjunction with estradiol and anti-Müllerian hormones, which are even better indicators of ovarian reserve.

More significantly, fertility testing done in a clinic allows for physical examinations in conjunction with chemical tests. Blood and urine tests alone cannot indicate whether there is any malformation or damage to the reproductive organs. Fertility specialists are able to use imaging technology, such as ultrasound and hysterosalpingogram (HSG), to visually examine the uterus, ovaries and fallopian tubes for structural damage, endometriosis and inflammation.

Lastly, don’t forget that about 40% of infertility cases stem in part or solely from male factors. The issue of at home fertility testing for ovarian reserve may be mute if the woman’s reproductive system is healthy.

The bottom line is that at-home fertility tests are most helpful if they are abnormal, because they will signal you to seek further evaluation and care. A normal test does not mean you should not seek a full evaluation.

If you’ve been trying to get pregnant for 6-12 months without success, call us at 423-509-8094 for a consultation.
Blog Categories