When it comes to deciding the best method for a woman to get pregnant after she’s had her tubes tied, keep these important factors in mind. 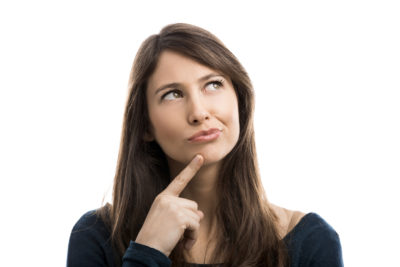 One of the most common questions I get asked by physicians and patients around the Southeast is about tubal ligation reversal surgery compared with in vitro fertilization (IVF).

It’s easy to understand why there is so much interest. Millions of women have had their tubes tied. Inevitably, if millions of women are opting for “permanent” sterilization, many will later regret it.

I could spend a lot of time talking about who is likely to regret this decision. There is good data on that. But I’m not writing this for women who are trying to decide among different contraceptive options. I’m writing this for the women who find themselves in the unfortunate situation of wanting another child but their tubes have been surgically blocked, cut, burned, clipped, tied, fried (and/or all of the above).

The bottom line is there are many people who regret this decision and they always ask me the same question: Which is better: tubal ligation reversal surgery (reanastamosis) or IVF?

One of my mentors drove a lot of medical residents and fellows crazy when they approached him looking for a quick answer to what they thought was an easy question.

To almost every question, his answer was, “It depends.” Then he’d launch into a 5 to 10-minute lecture on the pros and cons and nuances, caveats, hard and fast rules, exceptions to those rules and so on.

I’ll try not to do that to you.

If you want the short answer to this question, I’ll give it to you. Just scroll to the bottom of this blog and read the list under the heading, “The short answer.” But be warned, you’ll miss some good stuff in between.

Critical things I must know to answer this question

For me to know how best to advise a patient, there are some absolutely critical questions I need answered.

Tackling these questions one at a time:

How were her tubes sterilized?

In general, the less damage to the tubes, the easier the repair. Some methods, such as the Filshie Clip or the Fallope Ring, create very little damage. Reconnecting these is a lot easier than if the tubes were burned in multiple locations, or if large segments of the tube were cut.

How old is she?

Older women, especially those in their 40s, have less time to conceive and their monthly pregnancy rates are much lower than younger women. After age 37, monthly fertility rates begin to drop rapidly. Some women get their tubes reversed at age 37, but if they have not had a baby in one year, then their chances of conceiving at age 38 are significantly lower.

For each year that goes by, fertility wanes. For good prognosis patients, a single cycle of IVF is generally as successful as trying to conceive for one year on her own. In other words, she can pack a year’s worth of treatment into two months.

Ovarian reserve testing should be considered, even in younger women. This testing can tell the patient if her eggs are behaving their age, or like a much older woman’s.

How many more children does she wish to have?

A young woman who wants to have several more children spaced out over several years may be the best candidate for tubal ligation reversal. When she’s not trying to get pregnant, she’ll need to use some kind of birth control, but this can stop when she’s ready to try again.

On the other hand, a woman who wants only one child may be a better candidate for IVF. Once she delivers her baby, she still has her sterilization in place.

An older woman who wants more than one child may do best with IVF as well. If she gets pregnant and delivers a child, she may have embryos from the IVF cycle that we were able to freeze. Months later, after she finishes breastfeeding and gets through the sleep deprivation of having a newborn, she can return to the clinic and use the embryos that are in storage. She will have virtually the same chance of conceiving as she did when she was a younger age.

Does her partner have adequate sperm?

A lot of centers that specialize in tubal ligation reversals do not require a semen analysis of the male partner. I will acknowledge that in most cases, the male partner will have adequate sperm. However, on numerous occasions, shortly before surgery, I have found that the male partner’s sample was wholly inadequate.

In those cases, surgery would have put those women at unnecessary risk with little hope of achieving pregnancy. If a physician does not offer or recommend a semen analysis prior to tubal ligation reversal, I would be suspicious that he or she was not acting in the patient’s best interest.

Does either partner have a prior history of infertility?

If so, I would have the patient carefully consider her choice. In these cases, spontaneous pregnancy is much less likely and IVF would generally be favored.

Does she have religious barriers to IVF?

If so, tubal reversal should be preferred.

How much is she willing to spend?

The latest cost analysis study demonstrates that tubal ligation reversal is a more cost-effective approach for women under the age of 41 trying to get pregnant. If a patient is 40 or younger and concerned about the affordability of treatment, tubal reversal may be the better option, depending on her specific goals and physiology.

The cost of the surgery will vary from doctor to doctor. For example, robotic and minimally-invasive techniques will generally cost more than a traditional open surgery but will minimize pain and speed recovery. Physicians specializing in tubal ligation reversals often opt for open techniques. Other than downtime and scarring, the clinical outcomes for the two approaches are similar when it comes to tubal reversals.

Where to seek advice regarding tubal ligation reversal and IVF

The best people to talk to are physicians who perform both procedures. They are less likely to sway you toward one over the other. They will also try to put the statistics into a real clinical context to help you understand what you’re getting for your time, effort and money.

You should get truthful statistics from them about real results. If you looked at a graph of how many pregnancies occur after tubal ligation reversal compared with IVF, you would probably run straight to surgery and have your tubes reversed because in every age group, far more pregnancies are achieved per reversal than per IVF cycle (according to nationwide IVF statistics).

But not so fast! If you look a little closer, you’ll notice the live birth rate only barely favors tubal reversal over the average national IVF success rate.

So what happened to all of those extra pregnancies? Many of these tubal reversal pregnancies are located in the tube. This is known as an ectopic pregnancy, and it cannot be carried to term.

This is NOT a fair comparison.

Tubal reversal patients are the best prognosis patients for conception. To compare these patients to ALL IVF patients is like comparing apples to orangutans.

If you randomized these best prognosis patients to tubal reversal vs. IVF, you would almost certainly see significantly higher live birth rates from IVF, with a much lower risk of tubal pregnancy.

Ok, I promised you a short answer. If you’ve read this far, you’re probably thinking I’m just going to recommend IVF, but I’m not going to do that. I would generally advise the following based on the individual.

I hope this was simple enough. There are some details and some pros and cons of each choice that I have left out of this blog post. For any individual patient, there may be additional testing I’d recommend. I didn’t discuss all the risks associated with each procedure either.

If you have questions regarding which treatment is right for you, come see us. Dr. Scotchie and I will try to help you find it.