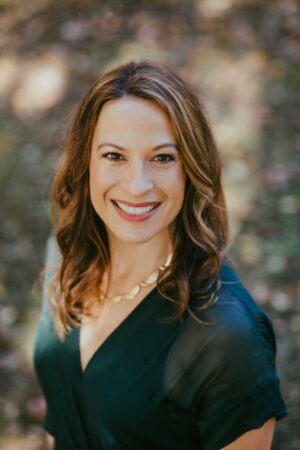 Board Certifications: Dr. Scotchie is double board certified in reproductive endocrinology and infertility (REI) and obstetrics and gynecology (OB/GYN).

“In founding TRM, Dr. Murray and I had a vision to create a special infertility practice with an intimate feel compared with some IVF programs that see hundreds of patients each day. Instead, we want every patient who visits us to know that every team member at TRM is 100 percent committed to making their experience positive and working tirelessly to maximize their chance of a success.

“I spend a lot of time getting to know each patient; I want to understand their medical history of course, but just as importantly I want to understand their goals, their hesitations, their uncertainties and questions. I want to know how their struggles are impacting their emotional and mental health and their marriage or relationships. Understanding all of these factors helps me tailor treatment to each individual patient.”

Dr. Scotchie’s passion is caring for other women, and she has dedicated her professional life to improving their lives. Spending four months on the REI rotation as a resident convinced Dr. Scotchie that she wanted to become a specialist in this field. Its rapidly advancing technology and the ability to profoundly change the lives of women and couples struggling with the devastation of infertility were fascinating to her and piqued her interest.

After becoming a mother and experiencing the overwhelming love for a child, she became even more certain that she wanted to do anything possible to help others experience the love of parenthood. The decision to become a reproductive endocrinologist was an easy one for her.

“I know of no other field of medicine that is so rewarding, awe-inspiring, intellectually stimulating and emotionally challenging for patients,” says Dr. Scotchie. “As a female, I understand the anxiety that accompanies reproductive disorders among women. While I cannot help all patients achieve pregnancy, I can help them through the obstacles and difficulties by delivering compassionate expert care.”

Dr. Scotchie is an adventurer at heart, who loves to travel and to explore new areas and cultures of the world. In her down time she enjoys the great outdoors, whether hiking, gardening or running. Cooking is also a favorite pastime, especially after a long day.

Dr. Scotchie attended medical school at the University of Florida and then completed a residency in Obstetrics and Gynecology and a fellowship in Reproductive Endocrinology and Infertility at the University of North Carolina at Chapel Hill, a training program recently recognized as the 4th best residency program in the United States. She has been elected one of the “Best Doctors in America” three years in a row — in 2013, 2014 and 2015 — a recognition given only to the top five percent of doctors.

Throughout her training, she received numerous awards including election into Alpha Omega Alpha, the medical honor society, and teaching awards from the medical students at the University of North Carolina.

She also earned a research award for her resident research project, and the House Officer Award at the University of North Carolina, an award given to five out of more than 700 residents annually for exceptional and compassionate patient care.

Like Dr. Murray, Dr. Scotchie trained under Dr. Marc Fritz at the University of North Carolina, who is a recent past president of the Society of Reproductive Endocrinology and Infertility and a highly respected national leader in the field of reproductive medicine.

In addition to maintaining a busy clinical and surgical practice throughout her fellowship, she participated in several research projects including studying IVF outcomes using GnRH antagonist stimulation protocols, proteomic analysis of endometrial secretions, and endocannabinoid signaling in the endometrium during embryo implantation. Dr. Scotchie held a clinical instructor position with the University of North Carolina School of Medicine and was also active in teaching residents and medical students.

“Dr. Scotchie made us feel as if I was the only patient that she was concentrating on. Even though that was far from reality, the focus and personal attention she gave to us made me confident that we had made the correct decision to go to TRM.”
– Christie, patient

From L.A. to Chattanooga for Fertility Success

“I thought she’d dive right into all the possible medical complications. But she wanted to know my heart. That meant so much.”
– Faith, patient

Scotchie JG, Will M, Fritz MA, Steiner AZ. Implications of an Inappropriate Rise in Estradiol with Initiation of Antagonists. Fertility and Sterility, 2007, 88: S127-8.