Egg donors have the opportunity to dramatically improve the lives of infertile women and couples by helping them have a child. However, the decision to donate is complex and donors should carefully review the biological and social considerations. 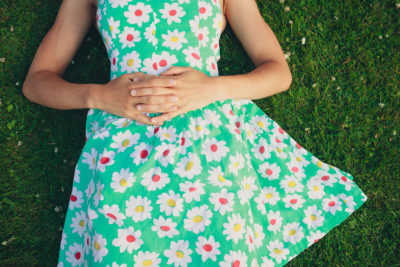 The idea of donating one’s eggs to another person is an intriguing proposition – help someone create a baby and earn some money in the bargain. However, there’s more to egg donation than simply going into a doctor’s office, signing a piece of paper and releasing your eggs to an anonymous or known deserving woman or couple.

Being an egg donor is not money for nothing

Choosing to donate one’s eggs (oocytes) is a very important, very personal decision, requiring thoughtful consideration. Like many decisions in life, and in medicine, there’s more gray area than black and white certainty.

What’s most important is that a woman knows why she wants to donate her eggs. Is she donating her eggs for altruistic reasons? Or is she simply looking for what sounds like an easy way to make money?

Regarding social concerns, it is difficult for a woman who donates her eggs to know the emotional effects she may experience, even though she’ll undergo psychological testing beforehand. For example, studies show that women who donate eggs for purely financial reasons experience more emotional discomfort and are more likely to regret their decision than women who donate eggs because they are motivated to help someone get pregnant.

Occasionally, egg donors may develop an attachment to their egg and to the resulting child, which may not manifest itself for years. It can suddenly crop up as a complete – and sometimes unpleasant – surprise. There is no way for the donor to connect with a child resulting from the donor’s egg if the donation was anonymous, given the privacy laws protecting both the donor and the recipient.

Biological concerns are significant as well. Egg donation involves taking injectable medications for two weeks followed by a surgical procedure for egg retrieval – neither of which bring any medical benefit to the doctor, but do bring risks. Physical risks can include ovarian hyperstimulation syndrome, pelvic infection and lacerations as a consequence of the egg retrieval.

Basic benefits of being an egg donor

Others can benefit from egg donation including cancer survivors rendered infertile by treatment and couples wanting to avoid passing along a genetic condition.

Facts women considering being an egg donor should keep in mind

Not easy to make the cut to be an egg donor

It may sound easy to donate an egg. Women today see more and more advertising and offers, some quite attractive with very high dollar fees for the right donor. But in reality, roughly five percent of egg donor applicants are accepted to donate eggs.

Some egg donor agencies specialize in certain types of donors who might have the best chance of passing along specific traits. For example, they may have a client couple looking for a Korean egg donor with a college education and a passion for music and technology.

Caucasian donors are the most common race involved in egg donation, but there is a high demand for egg donors who are Indian, Jewish and Asian (particularly Korean, Japanese and Chinese donors). There are fewer women from these ethnicities that donate eggs, thereby making eggs from these types of donors a scarce resource. Egg donation has increased globally, however many countries are still lagging in egg donation services, creating a higher demand.

Payment is not given to purchase the eggs, as it is illegal in the United States to compensate people for donating their tissue in any form (i.e. selling a kidney). Egg donors are compensated for their time, effort and inconvenience.

Compensation varies widely across the country, with some areas averaging $2,500 compensation for a donation and others offering as much as $8,000 per donation. Some agencies offer even higher compensations, which is frowned upon by professional organizations.

The American Society for Reproductive Medicine’s guidelines on egg donor compensation were made in an attempt to appropriately compensate the donor for the time she is donating and the risks to which she is subjecting herself, but to set limits so that compensation sums are not so high as to be coercive and make donors only interested in donation for monetary reasons.

Their ethics committee report, “Financial Compensation of Oocyte Donors,” includes this: “Total payments to donors in excess of $5,000 require justification and sums above $10,000 are not appropriate.” The underlying notion is that big payoffs encourage women to donate their eggs when it may not be the best personal decision for that woman.

Egg donation is an incredibly altruistic opportunity to enhance the lives of others struggling with the pain of infertility. Deciding to donate is a complicated decision that should be carefully considered rather than blindly accepted as an easy way to make money.