Pitfalls in testosterone therapy, and why men who want to be fathers should probably avoid it. 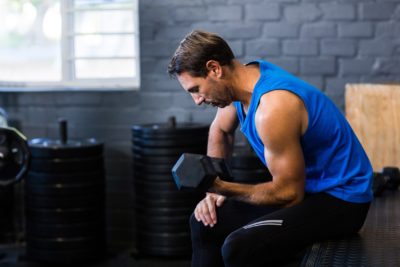 Anyone who listens to local radio can tell you that over the past five years there has been an increasing number of clinics that are marketing testosterone therapy for men. These ad campaigns, complete with glowing testimonials, have been successful at leading many men to be tested and subsequently start testosterone therapy.

The commercials speak of restoring a youthful vigor, muscle mass, energy and libido. What the commercials do not mention is that testosterone therapy can negatively impact a man’s fertility.

As a result, we at Tennessee Reproductive Medicine are seeing a lot of patients with medical issues related to testosterone replacement, mainly infertility. Granted, we likely only see the patients who have discovered they are having a complication, but we think it is important to share some of what we have observed.

A patient tells his family physician that he and his wife are trying to get pregnant. The physician, knowing that testosterone is essential for sperm production, starts the patient on testosterone injections. Two years later when pregnancy still has not occurred, the couple comes TRM.

A semen analysis reveals the man has almost no sperm.

Another patient and his wife come to us after four years of infertility, because a recent semen analysis discovered he, too, had zero sperm.

During his visit here, patient Tony noted he had been using testosterone for the past five years. He originally had his testosterone checked because he was having some fatigue. A review of old records showed that his initial “low” testosterone level was 320 ng/dl (nanograms per deciliter), well above what is typically the lower end of normal (175-200 ng/dl). His provider started him on testosterone therapy and his T was now more than 800 ng/dl.

What is going on here? Why do both of these patients make essentially no sperm? Sound familiar?
Contact Us

Testosterone level and the thermostat effect

Not all men quit making sperm when they take testosterone, but many, many men do.

And while some men start making sperm again within several months of stopping testosterone, other men take months and months. It is theorized that almost all men make sperm after two years. But I have seen chronic users never make sperm, despite having children prior to steroid use.

The best approach to testosterone replacement

Often men start T, as it’s known, because of some symptoms that can be caused by low testosterone but which also have many other possible explanations. Make sure you don’t have these other causes, such as elevated prolactin levels, sleep apnea or depression.

Some testosterone replacement practitioners set their “low” at 350 ng/dl or some other similar level, consistent with average levels seen at puberty. The rationale is that peak male physical performance is seen in young men when testosterone is higher. It is also a time when the male libido is so high that it’s uncomfortable. So wouldn’t it be good to have men at these higher levels?

Second, make sure you are on the best treatment for you.

For men who want testosterone and they don’t care about fertility, they should be aware that testosterone will not cause every man who takes it to be infertile. Some men still make sperm despite high levels of testosterone. So, if you are hoping it causes a contraceptive effect, then you should probably get a semen analysis to see if it is accomplishing that goal.

Alternatively, if your testosterone is low and you want to be able to achieve pregnancy, there are alternatives to taking testosterone. In these cases, a better approach is to take medications that will boost your own testosterone production without decreasing your FSH production. Medicines like this will include clomiphene citrate (Clomid), letrozole (Femara), anastrodole (Arimidex) and hCG (human chorionic gonadotropin).

There are some men with low testosterone. But depending on their goals for fatherhood, they should consider all the different therapies available to them. If your provider is not discussing all the options and if future fertility is of concern, then mention it or see a provider who will address these questions.