The 30 year move away from mini-IVF, the return to it, as well as its benefits and limitations.

Minimal-stimulation, known as mini-IVF, can reduce costs, clinic visits, drug reactions and multiple births. For some people, it may increase pregnancy rates and in others it can reduce pregnancy success. It is not for everyone. Let’s try to figure out who mini-IVF is helpful for.

IVF (in vitro fertilization) has come a long way since Louise Brown, the first IVF baby, born in 1978. She was the product of a natural IVF cycle, meaning her mother did not receive any fertility drugs. Her mother was followed closely to see when she was getting ready to ovulate, then underwent surgery to harvest the egg. 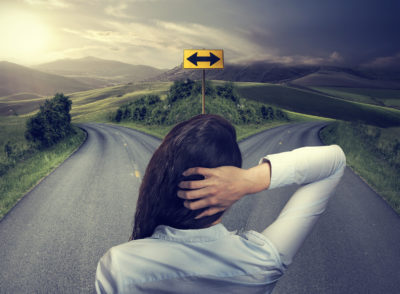 The egg successfully fertilized and after two days, the embryo was transferred to the uterus. Thirty-six weeks later, when Louise was born, IVF made headlines – and created hope for many patients who previously had none.

But by today’s standards, initial IVF success rates were very poor. In the early days of IVF, all IVF babies were from natural IVF because, at that time, IVF protocols did not utilize fertility stimulating drugs. The women naturally produced the eggs that were retrieved and used in IVF.

That changed in the early 1980s as doctors began using fertility drugs to increase the number of eggs a woman produced. Due to our increasing experience in using these fertility drugs and due to improvements in laboratory techniques and culture systems, IVF success rates have soared to an all-time high.

It’s a pretty easy concept to understand. Whether we are talking about invading armies, sperm or locust, there is strength in numbers. This also is generally true for IVF success rates: the more eggs we get out of a woman, the better her chances for pregnancy.

This is how most clinics manage modern-day IVF. We stimulate the ovaries to produce a robust number of eggs in order to have multiple embryos suitable for transfer or for freezing. The more embryos we have, the more chances for pregnancy we get.

So exactly why has there has been a recent movement among some practitioners to move away from that model in some patients?

More and more clinics are using “mini-IVF” (minimal stimulation in vitro fertilization) or even natural cycle IVF, where few to no drugs are used. Moreover, why would some patients prefer mini-IVF? There are many reasons for both of these.

If you are interested in pursuing mini-IVF, let’s discuss it. We’ll weigh all your options based on your particular fertility condition, your personal desires and your chances for mini-IVF success.
Get Started

Why IVF centers may offer mini and natural cycle IVF

The terms mini-IVF and natural IVF are somewhat unclear because there is no universally agreed upon definition for them. Of course, anything that’s “natural” piques people’s attention these days, particularly when it comes to childbirth. And who doesn’t like the mini idea of using less and spending less?

The American Society for Reproductive Medicine says there are several ways minimal stimulation IVF can be performed with limited use of hormone injections. How limited is up to the physician and the patient to settle. Generally in mini-IVF, we use oral letrozole (Femara) at the beginning of the cycle, then we follow this by injecting a low dose of gonadotropins and an hCG (human chorionic gonadotropin) shot to prepare the egg for retrieval.

In natural IVF, we still most often use the hCG trigger shot by itself, so in a sense, it’s not really natural. Truly natural IVF is when the woman’s natural processes solely produce the egg, as Louise Brown’s mother did in 1978. For the purposes of the rest of this blog, I’m going to refer to this as “mini-IVF.”

So with those desires to do less and pay less to have a baby, why don’t we do mini-IVF all the time?

Because it is not the best option for every woman, it may not save any money, and it may not work. On the other hand, it is a good option for some, it will save money and it does work.

It’s important to note that there isn’t a lot of research data available on the new use of these minimal stimulation IVF forms, though results from the best one so far are listed below. For that reason, some physicians refer to them as “experimental” procedures. I think we’re beyond experimental and consider them to be acceptable treatment options – for the proper candidates.

Let’s turn to a 2016 study published in Obstetrical & Gynecological Survey titled “Minimal stimulation IVF vs conventional IVF: a randomized controlled trial.” Researchers evaluated 564 infertile women under the age of 39, randomly assigning roughly half of them to receive conventional IVF with double embryo transfer and half to receive mini-IVF with single embryo transfer. The results:

So it’s a tradeoff: with less chance of multiples and drug reaction comes less chance of success. But some women are better candidates than others for mini-IVF.

Aside from deciding whether mini-IVF will work for them, patients must also factor in lower costs. But that might be tricky.

If it works the first time, mini-IVF can save the patient about 50-60 percent of a normal IVF cycle. The savings comes from a reduction in stimulation drug costs, roughly $3,000-6,000. The patient has fewer visits for injections and monitoring, which reduces office visit costs. And since mini-IVF usually results in fewer eggs and IVF embryos, the patient has less embryology lab costs of handling and cryopreserving multiple embryos.

Mini-IVF is considered to be routinely less expensive than traditional IVF for two groups of women: those women age 40 and older, and women with low ovarian reserve. But if mini-IVF doesn’t work the first time, that can mean more mini-IVF cycles. More cycles could cancel out any potential cost savings, as well as add to the time it takes to conceive.