The Talberts knew that starting a family as an older couple might not be particularly easy. Michelle and Tim each believed their biological clocks would soon quit ticking and the time to have children was upon them. 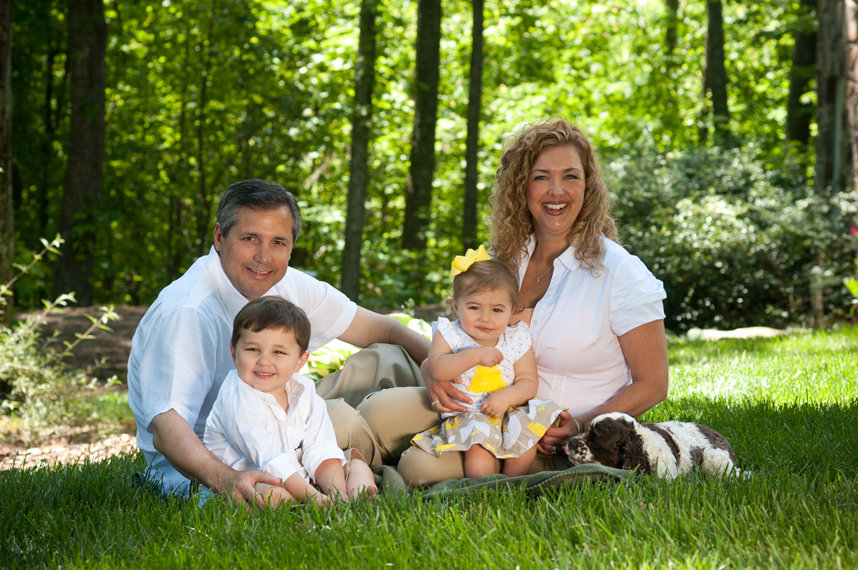 As a nurse, Michelle met her husband, a cardiac electrophysiologist, through mutual friends. Both were on their second marriage and neither had previously had the opportunity to have children.

It was now or never.

Without any success after five months of trying, the couple visited Michelle’s OBGYN. Michelle had a hysterosalpingogram (HSG) and Tim underwent testing for male-factor infertility. Everything seemed normal.

Nonetheless, Michelle was put on Clomid – a drug commonly used to induce ovulation – and the couple continued to try to conceive.

As another year passed, the Talberts became more aggressive with their infertility treatments and began intrauterine insemination (IUI) procedures. As before, the results were negative and frustration began to set in.

After more than a year and a half of trying, the couple decided it was finally time to seek the help of a fertility specialist.

Friends who had gone through a similar fertility journey recommended a specialist a few hours away. Tim and Michelle were more than willing to make the drive; they were willing to do just about anything to become pregnant.

But before they made the trek out of town, Michelle’s OBGYN suggested they consult with Dr. Rink Murray of Tennessee Reproductive Medicine (TRM) in their hometown of Chattanooga.

On their first visit, Dr. Murray did an ultrasound and immediately recognized a flat, round polyp up against the side of Michelle’s uterus. Polyps can often times act like a birth control, making the uterus inflamed so the ovum cannot attach to the uterine wall.

Dr. Murray skillfully found & removed a small polyp preventing Michelle’s pregnancy. Could this be tripping you up?

During that first meeting, Michelle and Tim realized how “personal and down to earth” Dr. Murray was as he spoke of his own experience with his wife and the fertility struggles they faced.

Michelle says “he understood the emotions we were going through and we knew he would be able to provide us with the support we needed.”

Dr. Murray performed a day surgery to remove the polyp and put Michelle back on ovulation medications, coupled with IUI procedures. “Having already gone through IUI twice, we felt comfortable with it,” she says.

Within the month, they were pregnant with twins. However, after a few weeks one of two embryos did not further develop.

“That was pretty disappointing. It was very scary and uncomfortable, but our entire fertility team was very supportive. They educated and coached us along the way,” Michelle explains.

For the Talberts, fertility was an emotional rollercoaster. “Up and down. You’re excited one minute, let down another.”

While elated about their pregnancy, Michelle and Tim knew the increased risk for having a child with chromosomal abnormalities. However after further testing, results showed a healthy baby boy was on its way.

In November of 2009, the Talberts welcomed their first child, Kennett Trace Talbert, into the world.

Not long after, Michelle was pregnant for second time with the assistance of the IUI procedure. As is oftentimes common in women who become pregnant at an older age, Michelle had an early miscarriage in her fifth week.

Tim and Michelle had a beautiful baby boy, but knew they had come so far and wanted to keep going.

By late 2010, Michelle was only producing one egg each month and the ovulation medication didn’t appear to have any further effect.

Dr. Murray informed the couple that further assisted fertility would have little effect in helping them conceive another child. Michelle recalls Dr. Murray’s words of encouragement: “You can get pregnant. You’ve shown you can, but there is nothing more that I can do.”

“We were ready to do more and move forward with in vitro fertilization. We would have tried anything.”

Having had success with Dr. Murray once before, they could have been lead to believe that more could be done. They were willing to spend whatever it would take and give more of their time. But, “Dr. Murray was honest and upfront,” insists Michelle. “IVF just wasn’t a viable option for us.”

Later that year the couple became pregnant again and in the spring of 2012, Tim and Michelle had a little girl named McHaney.

Michelle describes her children as, “the most wonderful things we could ever imagine. There’s no words to describe how blessed we feel.”

“As Christians, we feel that if God didn’t intend for us to have a child, then we would not be where we are today. Sometimes we asked ourselves: ‘do we really want to push forward with fertility because God’s pushing against’?”

“We feel strongly that God gives education to the right people, so they can help others through certain experiences. Dr. Murray had to go through infertility before he had his children, and God made sure he helped us.”

The Talberts were uncertain what the outcome would be when they began trying to have children. They knew at their age, things would be difficult.

Through their trust in Dr. Murray and faith in God, Kennett and McHaney were brought into the Talbert family. For that, says Michelle, they are truly thankful.